The eight animal postures of Kalarippayatt 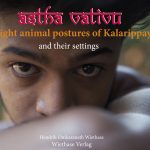 In all the martial arts of the world animal forms surrendered, ahead of all in the South Indian Kalarippayatt, which is designated as the mother of the martial arts, as it is in China starting at the beginning of the first millennium, imported by a Buddhist monk, martial arts such as Kung fu, Tai Chi, Karate etc. developed. 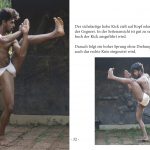 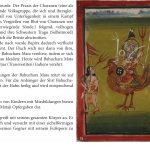 The adavus are largely similar from school to school, but they can also differ greatly. The postures of the Kalarippayatt are thus not static forms, but flowing processes with forms as stations.

The sample pages are from the German version. Euro 19,90